How to Succeed at Difficult Conversations with Your Partner 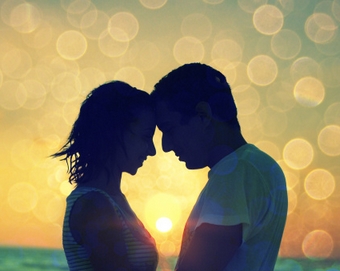 Conflict is inevitable, but absolutely necessary and useful. Productive conflict is a skill set you learn. Like any skill set, such as riding a bike, it takes a lot of practice to be successful. Read about these four steps to improve your conflict discussions with your partner.

A softened approach is another way of taking the bite out of a complaint. It’s finding a way to approach a complaint or concern in a manner that puts the listener at ease and able to accept what is being said as a legit complaint rather than feeling blamed for all the wrongs in a relationship. Try the following tips to soften your approach.

In a conflict discussion there are times when tensions increase and one partner will make a repair attempt to the other. A repair attempt can be anything to reduce tension, allowing for a more positive interaction in the midst of conflict.

It is essential to recognize these attempts by your partner and to accept them. They are an attempt to remain connected despite the difficulty. If you reject these attempts then the conflict can escalate. Acknowledging them and responding to them can help you both feel more positive about the conflict.

Take Care of Yourself with Self-Soothing

The physiological state of your body affects your ability to listen, to remember newly learned skills, and can send you into fight or flight mode. During a high conflict discussion with your partner, you may become emotionally flooded. Recognize when this is happening.

If you notice this emotional flooding, agree to take a break from the conversation for 20-30 minutes. This is the minimum amount of time for the human body to regain clear thinking. Some people require at least 45 minutes to completely return to their fully thinking selves.

It is extremely important you and your partner have agreed to breaks prior to a conflict. If you call for the break then establish for how long, when you will return, and acknowledge you will be responsible for beginning the conversation again. Several breaks may be required to get through the entire conversation. As a hint, some couples prefer to remain in the home during breaks and others are comfortable with their partner leaving for 30 minutes. Make sure you have established what is agreeable between both of you before doing it.

During a break time, take deep breaths. Purposefully contract and relax your jaw, neck muscles, shoulders, arms and back. Engage your mind in a relaxing activity such as a walk, enjoying a sitcom, drinking water, playing with a pet, working on a project, etc. It is always best to engage your mind and body in an actual break from the difficult discussion and environment.

When you return from taking a break, begin by looking for the part of your partner’s complaint, experience, or point of view to which you can say “Yes, that’s understandable.” Beginning the discussion with “Yes” allows you both to be on the same side working toward a shared desire for resolution and connection.

Next, invite your partner to explain their ideas, feelings, or thought process fully without interruption. This will require you to begin the discussion with the sole focus, or goal, of understanding what your partner wants, needs, or wishes.

Trying all this at once can be overwhelming. Choose one strategy to focus on for this week. For example, you want to notice more repairs from your partner or extend more repairs yourself. Practicing one new strategy at a time will increase your awareness and skill set during difficult conversations.