What Married People Wish They Had Known Before Getting Married

Everyone knows, hindsight is 20/20, but we wanted to find out what married couples wish they’d known before tying the knot. Marriage takes work, compromise, and plenty of understanding. Whether you’re newly engaged, or a marriage veteran, it’s never too late to hear some solid advice.

We asked a variety of couples some questions regarding marriage, and these were their responses!

What do you wish you had known before getting married?

“Honestly, I wish I had known how hard the transition was going to be for my family. Not having me around created a rift, not between my mother and I, but between my wife and my mother. My mom subconsciously blames my wife for me moving [away from the East Coast] and so she resents my wife for stealing me away. It’s sad, I wish I had known just how upset my mother was and I could have addressed it better.”

“I was 22 years old. I wish I had known the person I married better. We were just starting out, and you change so much from getting out of college to getting a job and you find yourself a few years down the road lost and confused.”

-Susan, on her first marriage, which lasted six years

“The second time around, I wish I had known how challenging the dynamics of a blended family can really become. It is not for the faint of heart or the non-committed.” 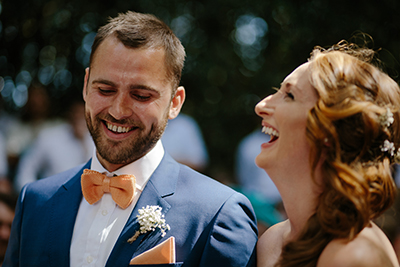 “It’s not always going to be like your honeymoon. Marriage needs constant work, and it is a full-time commitment for both parties. There will always be ups and downs but every moment is worth it.”

“I wish I had known that I don’t have to fix every problem my wife comes to me with. Sometimes she just needs to vent, and I need to not take it personally when she doesn’t want to hear my fix.”

“I wish I had known how crappy his relationship and communication was with his family, especially his sister. My family is crazy, but we’ve never tried to cut each other down like his family does. We had a lot of arguments when we first started out because I thought he was blowing things out of proportion, or couldn’t see their point of view.”

“I wish I had known more about myself before bringing another person into the mix. I don’t regret getting married, but I do wish I had explored life on my own a little longer, to really understand who I was and what I valued before teaming up with my wife.”

“I wish I had known sooner that having arguments is okay, and there are healthy ways to handle disagreements. In the beginning, I expected everything to be perfect, and would stress out and worry it was all falling apart any time we had a fight.”

“The person you marry may change a lot throughout the marriage, but they’re essentially the same person you met years ago. Kindness, thoughtfulness, curiosity–those aren’t things that can be acquired/learned–they either have them or they don’t. Think about that before you commit to someone for life.”

“Space and alone time can be good for the relationship, and is sometimes needed. You can feel okay about not spending every second together. Alone time can help you recharge and enjoy some things for yourself–encourage your person to do the same!”

What piece of advice would you give to your engaged self?

“The advice I would give myself would be to slow down–I’ve known my wife for five years, and we’ve accomplished so many things: new job(s), new house, two kids, marriage, new location. I would have liked to enjoy the “without children” phase for another year or two.”

“Stick it out. Understand there will be days when you look at your spouse and wonder ‘what was I thinking,’ or ‘who is this person?’ It takes guts, gumption, and blind faith.” 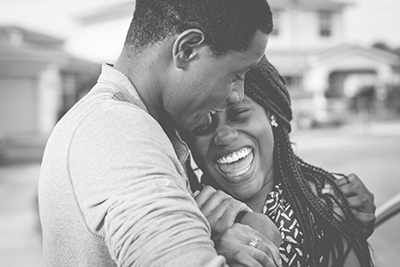 “I would tell my engaged self to relax, smile, enjoy my husband. Say thank you when he tells me I’m beautiful and make every kiss last at least three seconds! Someone told me that once and I laughed, but it is so true. We get so caught up in the day-to-day and we forget how to show our significant other intimacy in even the smallest moments.”

“I would tell myself to ask my wife if this is a ‘listening’ conversation or if she is looking for help/suggestions.”

“My advice to my engaged self would be, even if I can’t understand where he’s coming from, I owe him my loyalty, not his family. Don’t play devil’s advocate and try to make everyone get along, just defend him and hash it out privately later.”

“I tell all newlyweds this one: tell each other you love one another. Especially when you don’t feel like you love them. It’s okay to argue or to go to bed angry as long as, in the heat of the moment (when you feel like murdering one another), you tell them you love them.”

“You have to learn how to agree to disagree. You’re never going to fully agree on everything, so it’s better to learn how to accept that early on rather than trying to change the other person’s mind.” 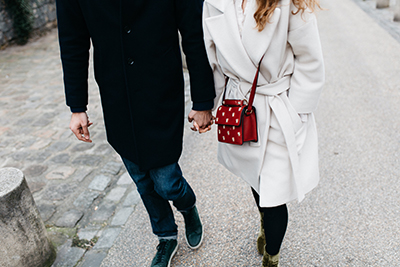 “I would tell my engaged self to not forget to go on dates once married. It’s easy to get caught up in routines and everyday life, but you can’t lose the spark and excitement that helped you fall in love in the first place.”

“The wedding doesn’t matter. Seriously. Spending money is stupid. The people who show up (and if they can dance) are what matter. Do not sweat planning this thing.”

“The silent treatment doesn’t work. Communication is always the better option–you’ll never resolve the issue by ignoring it and your partner.”